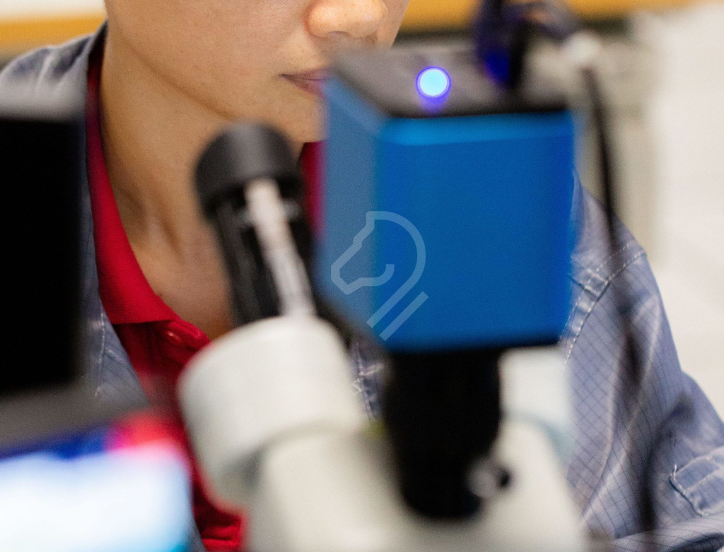 What is Visual inspection?

Almost all purchase orders contain requirements that the product be “new and original”. Claims and disputes about what is “new and unused”, or even acceptable, extend transactions and tie up substantial volumes of funds. Why is determining the condition of a component so complicated? Perhaps because it is misunderstood.

Let’s start with standards. We love standards. Standards clarify and define not only pass/fail and accept/reject criteria, but also how to measure. They even specify how many samples to examine. The manufacturing standards for electronic components are defined within the IPC/JEDEC and EIA standards. There are different standards for different characteristics, from coplanarity to packaging, in manufactured product. Acceptance criteria for purchased product is also covered in the United States’ military standard, MIL-STD-883, method 2009.

These standards, though, do not consider after-market tampering and counterfeiting.

The first attempt to define the criteria for inspecting for counterfeit was the Components Technology Institute, a private company, with their CCAP-101, followed shortly by the industry organization IDEA, Independent Distributors of Electronics with their 1010A. These documents were published starting in 2007. SAE International, who develops standards for various industries including aerospace, released the AS5553 in 2009, the AS6081 in 2012, and the AS6171 in 2016. The CCAP-101 and the AS standards include multiple methods in addition to EVI. What was done, though, before these standards existed?

When I founded White Horse in 2004, no standards had been published, so I combined manufacturing standards and experience for how new product should look with incoming material inspection practices for what could be detected, and what to look for. This became the foundation for our EVI process, which we shared to help create the IDEA-STD-1010B.

Our initial clients came to us facing a 20% customer RMA rate! Imagine that. Through our inspections, it was quickly discovered that about 80% of what they were purchasing from these channels was substandard.

A very brief history of counterfeiting is that as companies globalized, supply chains got more complex, use of subcontractors became prevalent, and maintaining supply chain integrity became a concern. Further, the dumping of e-waste in low-income countries provided product. The internet not only made it possible for small companies to sell their products to a global audience, but also to misrepresent themselves and the product they sold. Buyers simply sourced what they needed through online trading platforms from largely unknown sources, without inspecting. They didn’t inspect because they didn’t yet know that they needed to.

The counterfeit peddlers knew people weren’t checking, so they did not put much effort into masking it. Without any magnification, we could see the sanding striations. We’d wipe ink marking off the package with our thumb, without any solvent. We would pass offices and where people were crowded around a table sanding down parts. It was shocking, and the parts looked as bad as you would expect. They still emerge from time-to-time, and when we see them, we call them “Old School”. EVI at that time was comparatively easy, and conclusive, for anyone that had some component manufacturing background.

It did not take long for the peddlers to catch on that someone was finally checking. I witnessed the evolution of remarking as much by the product we inspected as by the materials available for sale in the markets. As I went to work each day, I saw curable ink and UV curing lamps appear in the markets. The game of cat and mouse was on! How could they hide what we were trying to find with EVI?

Remarking is done to change the part number and date code. The curable ink did not help much. We could still see the sanding marks and other non-conformances with just limited magnification. Manufacturer marking technology evolved to laser etching. To remove the original marking, the surface needs to be removed to below the depth of the etching. Sanding and other abrasive techniques were most common. There was also some tinkering with chemical and laser ablation, but the objective was the same, remove just enough of the original surface to remove the original marking. The surface was often left uneven and with striations. The finer the grit of the of the abrasive, the shallower the striations, but the surface texture was still noticeably different than the normal mottled surface of molded plastic.

The next thing that came along was “black-topping”. Coatings were introduced to put down a fresh layer where the original material had been removed to make it look more like the original surface. The plastic package is usually black, so the coating needs to be black, hence “black-topping”. At first it was just black spray paint, which came off easily with even diluted acetone solutions. Fingernail polish remover worked beautifully!

The blacktopping materials, though, continued to get better, evolving to polymers that are resistant to acetone. New techniques such as “the scrape test” had to be created and included in EVI to continue accurately detecting resurfaced and remarked product.

Metal packages created a new challenge. Sanding away the surface of a metal-topped device was too easy to detect. We saw only one case of “silver-topping”. It was so easy to detect that I suspect word traveled quickly not to bother trying that one. It probably went on for a while, they just would not deliver that product to us because they knew we would find it.

How, then, to change the marking on a metal part? These are expensive processors and field programmable gate arrays (FPGA). Changing the C to an I or a -4 to a -2 is big money, so it was worth their time to find a new way to try and hide it. That lead to replacing the metal top with a new one, marked to order. EVI had to evolve with it to find the residual evidence left behind, and how to distinguish those contaminants from those left by manufacturing and even packaging.

Mechanical dimensions and features such as tool marks, stand-offs, pin1 indicators, and country of origin (manufacture) marks must also be examined and analyzed. The package (body) and leads have other evidence of tampering including contamination, scratches, and small dimensional variations that indicate it’s been refurbished or is counterfeit. The pins may be bent or twisted, and have residues or coatings from salvaging and removing the solder that kept the connected to the original PCBA. These clues tell us that the product is previously used.

The manufacturer mechanical specifications, usually shown in the Package Outline Drawing (POD), are critical in evaluating condition and authenticity, but are occasionally less than ideally detailed. Is the pin 1 indicator square or circular, marked or embossed? These observations are made during EVI, but they most analyzed to be truly meaningful.

Even memory parts don’t remember what’s happened to them

When is a scratch, though, indicative of prior use, or tampering? Could it be just from poor handling? Is contamination from poor storage conditions or residue from salvaging process? Components are tested during manufacturing and have to be removed from their packaging to be inspected. Did those scratches or contamination occur in production or during routine handling? The part cannot talk to us, so we need to find and interpret the clues to reach a conclusion.

There are few absolutes in EVI. There is a degree of subjectivity to the evaluation and analysis. The equipment, tools, skills, experience, and training of the inspectors, technicians, and engineers improve the accuracy of the results by correctly interpreting the evidence found during EVI.

Most companies are now employing some level of product verification, either internally or through a third-party contractor, starting with EVI. We expect and hope that the people doing have some relevant training and experience. One side effect, though, is that there are different opinions on observations, or observations not even identified with the equipment they are given to use. These differences in opinion lead to disputed claims. And this is where the industry needs to rely on standards and industry experts.

EVI is not as simple as it once was. The methods used to mask substandard product has evolved and the obvious and conclusive signs are less common.

Will the contamination on the pins cause a solderability problem? There are several colors in this reel of MLCC, are they from different manufacturers? The texture of the package between the top and bottom-side are different, have these been remarked? Do the dents on the pins mean that these parts have already been programmed? The packaging is not intact, is the product damaged?

The above questions arise from a well performed inspection. Those questions can be answered with other laboratory test methods. That is why the standards that exist today include multiple processes and start with EVI. Die analysis, solderability testing, X-ray, cross section, advanced microscopy, blank-check and other electrical testing will answer specific questions. Material testing such as x-ray florescence spectrometry (XRF) and Fourier Transform InfraRed spectroscopy (FTIR) can determine identify the contaminant. Research can validate whether those contaminants are used in the manufacturing process.

So what is Visual Inspection? EVI is a first-level risk assessment that guides a well-trained and equipped technician through a process of analysis and additional steps that may be needed to verify product quality. 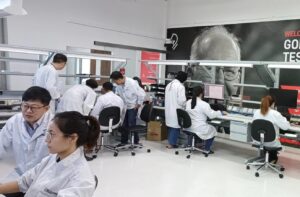 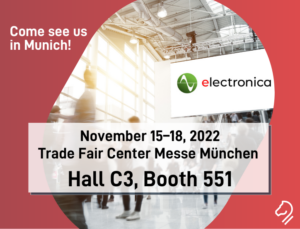 Book your meeting now for Electronica 2022 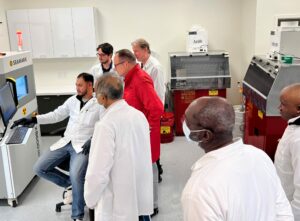 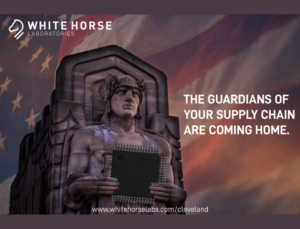 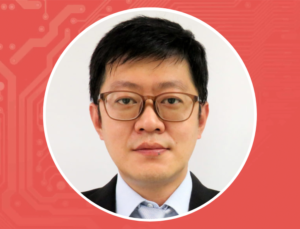 Get our company newsletter, important updates, and information about our services straight to your inbox.

You know we’re into details. Specify what information you are interested in, and you will receive your customized news package.